I had hoped someone would love me enough to see me while knowing my struggles were never about them. My hope contained both a selfish expectation and deep longing.

I wrote as a plea to be heard. By someone.

By her…but in the quiet of the night, when love and grief can no longer be shouted down I hear the repressed whispers of knowledge reminding me the woman I long to hear from will never return.

Mark Nepo The Book of Awakening

It's been a year since I read this meditation in Mark Nepo's book, The Book of Awakening. I realize as I reread this post I wrote a year ago today that so much has changed and so much hasn't. More work to be done but thought I should drop in a marker for next year.

I heard a woman say, "Change happens one funeral at a time." At the time we were talking politics. However, in the years since I heard her say that I've come to appreciate this truth applies to a host of other places in my life as well. Fighting change invites suffering. Death is inevitable. The only way to grow and be healthy is to let go of the things that are dying. Everything to its season.

As such, here is a brief summary of the deaths in my life that have created so much change: A few other things died: Some I've grieved and realized they are better dead. The meaningful ones I am still grieving. Some I will grieve for a long time. Regardless, the echos of these deaths and their meaning will ring through the rest of my life. The bell cannot be unrung but the law of unintended consequences means that there are unforeseen, yet meaningful, important, and beautiful outcomes too. Not all consequences are negative if I'm willing to adopt a healthy perspective. Karma isn't intended to punish but rather it intends to reveal.

SIDEBAR: My perspective on grieving has changed. I thought it was about surviving the pain. It isn't. It is about sussing the meaningful lessons from mythology. More on this later. Grief, the Law of Unintended Consequences, Karma, Pain, Suffering, and Loss are all Friends if I listen and be willing to let die the things that need to die and embrace the change.

As such, I thought I'd make a list of what did these deaths change for me and bring about? As a really wise woman said to me recently, "at some point I had to draw a line under the betrayal: what was is past, what is is future. I am sovereign over what happens next." Looking at the changes death brought, and the change in my life, I realize how I leverage these experiences will determine my journey. I can either choose sovereignty over my life or I can wail over the casket of what was. And for C? I'm not sure from her perspective, but this is how I see it (most days): I'm sure more will be revealed to both of us. Change, like death, is unavoidable.

36: Cleaning out the wound

The wound is the place where the light enters you. – Rumi I occasionally get pushback from individuals that see my writing as a con. They think because they read my writing that they know everything there is to know about me or that it is just another game in some scam they imagine they know. As if looking at someone’s painting or pottery tells me everything there is to know about the artist. Recently, C took the initiative and wrote to me. A lot. I wrote back. Too much. It was never a conversation just accusations and rebuttals. We ended falling back into the Pursuer-Distancer Dynamic. It’s unhealthy. Read more at the link[...]

via 36: Cleaning out the wound 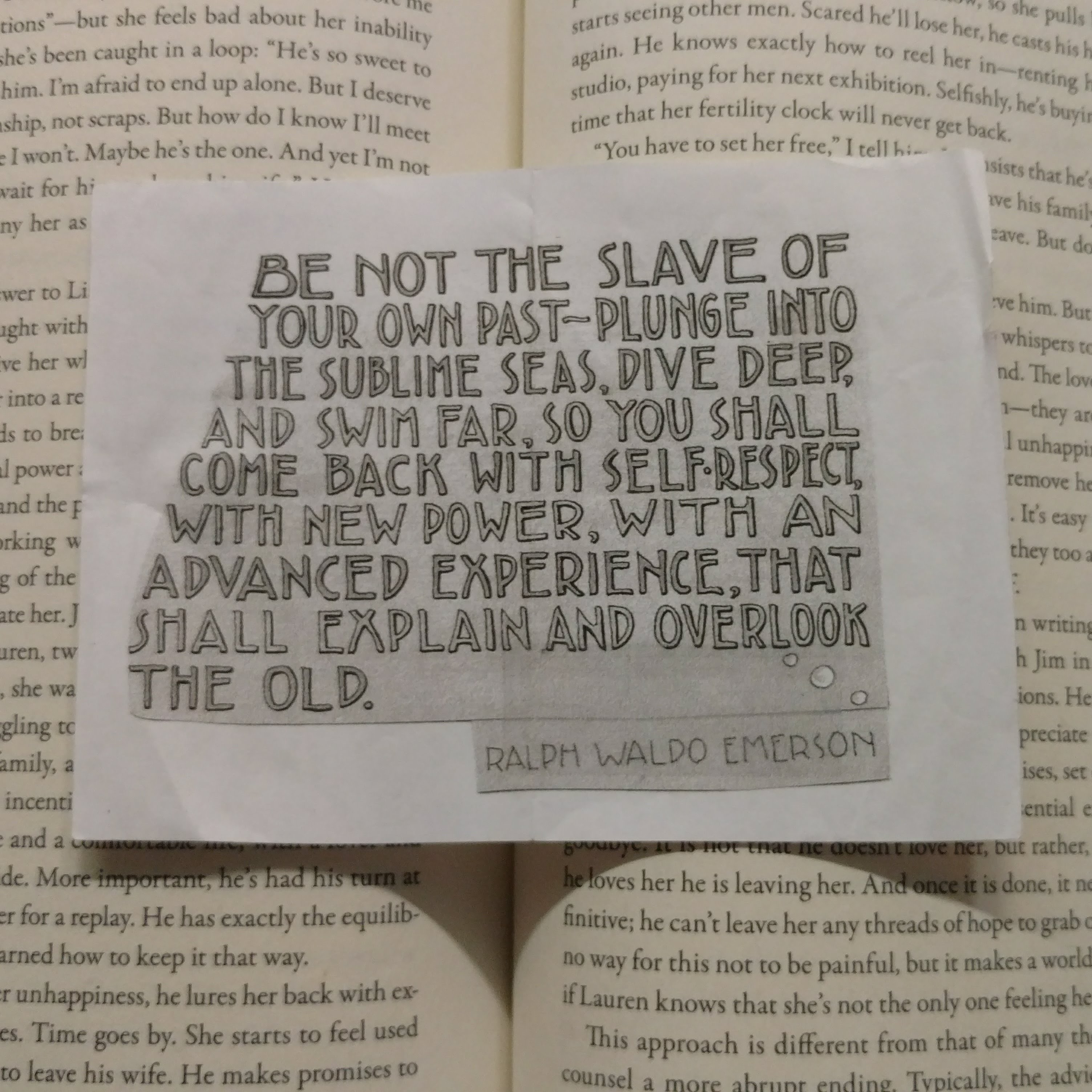 For nearly a year I gave away my Power and self-respect to Silence. I know what needs to be done.

Maybe I always knew but lacked the willingness to face it.

Begin typing your search above and press return to search. Press Esc to cancel.